Nice collection cheapest on web wanna to buy Diamond Jewelry this season from diamondhub.com give me your advice 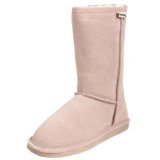 Endless.com has their entire selection of Bearpaw

Boots half off today only.  This is an amazing deal!  My daughter and I both have a few pairs of these, and they are totally comparible to style, quality and warmness as Uggs

The prices start around $22 and up.  The slippers can be worn outside as well.  They are that high of quality, and I live in Michigan. 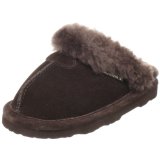 Go check out the selection of Bearpaw

boots. Makes a great gift for a teenager if you don't need new boots :)


NYC's #1 detective, Michael Bennett, has a huge problem--the Son of Sam, the Werewolf of Wisteria and the Mad Bomber are all back. The city has never been more terrified!

Tick--a killer's countdown begins
A rash of horrifying crimes tears through the city, throwing it into complete chaos and terrorizing everyone living there. Immediately, it becomes clear that they are not the work of an amateur, but of a calculating, efficient, and deadly mastermind.

Tick--Michael Bennett is on the chase

The city calls on Detective Michael Bennett, pulling him away from a seaside retreat with his ten adopted children, his grandfather, and their beloved nanny, Mary Catherine. Not only does it tear apart their vacation, it leaves the entire family open to attack.

Bennett enlists the help of a former colleague, FBI Agent Emily Parker. As his affection for Emily grows into something stronger, his relationship with Mary Catherine takes an unexpected turn. All too soon, another appalling crime leads Bennett to a shocking discovery that exposes the killer's pattern and the earth-shattering enormity of his plan. From the creator of the #1 New York detective series comes the most volatile and most explosive Michael Bennett novel ever.

Book was great.  Typical Patterson of course with short chapters that end in suspense.  A wonderful story line about a totally crazy serial killer.  I really enjoyed this one a lot.  Like I said, if you haven't read any of the Micael Bennett stories, pick up the first one.  The first couple are really touching.  I can't remember which one, but either the first or second or maybe both made me tear up a bit (which never happens to me!)
Michael Bennett Series in Order ~
Step on a Crack

Run for your Life

James Patterson has had more New York Times bestsellers than any other writer, ever, according to Guinness World Records. Since his first novel won the Edgar Award in 1977, James Patterson's books have sold more than 180 million copies. He is the author of the Alex Cross novels, the most popular detective series of the past twenty-five years, including Kiss the Girls and Along Came a Spider. Mr. Patterson also writes the bestselling Women's Murder Club novels, set in San Francisco, and the top-selling New York detective series of all time, featuring Detective Michael Bennett. He writes full-time and lives in Florida with his family.


Michael Ledwidge is the author of The Narrowback, Bad Connection, and most recently, the coauthor, with James Patterson, of The Quickie, Step on a Crack, Run For Your Life, and Worst Case.
I was sent an advanced copy of Tick Tock for review purposes.
Linking up to
Like this post ~

It's that time of year again! A narrow width and profile make this Christmas tree perfect for tight spaces

The perfect toy train for around the Christmas tree - Polar Express from Lionel!

Juicy Couture Sale. Get 50-75% off by signing up. Hurry sale ends shortly 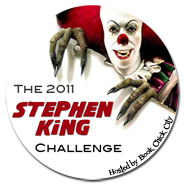 I've been wanting to read some Stephen King's books for awhile now, so this is the perfect challenge for 2011.
Challenge Details
Join here
Like this post ~

Grockit is the social network for learning

How Grockit works
Grockit is an online interactive learning environment where students:
Complete a brief online diagnostic allowing Grockit topinpoint a student's academic strengths and needs to instantly generate a personalized study planReceive expert instruction personalized to their unique needsPractice with, learn from, and compete with millions of peers on the subject of their choice using live chat in Grockit Group StudyEarn points and recognition for achievements that show status in the Grockit communityComplete timely "Challenges" to measure academic progressCatch up or get ahead with just a couple of hours on Grockit each week


Geared towards students in grades 7 - 12.  This is a fun and easy way to study for your future.

Use Coupon Code "extracredit_10" for 10% off Grockit Online Test Prep and Study products.

Sponsor ~ Race To Savings In The Motor City Of Detroit!

Aurora Plush ~ Milly the Kitty and 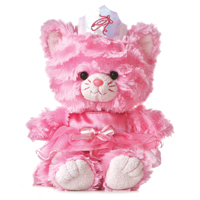 I have loved Aurora plush stuffed animals for a long time now, but when I came across Milly, I fell in love again.  She is this darling pink kitty cat, just too cute for words.  When I saw that they had a Ballerina version, I was in heaven for my little girl.  She is an 8" plush called Wanna be Frilly Milly Ballerina.  Seriously, how cute is she?  Wouldn't this be the perfect gift for your little ballerina

for Christmas, or even better a dance recital?

She is super soft and huggable. If ballet isn't your thing, Milly also comes in a plain in both 10"

, with a happy birthday balloon

, as a vanilla cupcake

Another super fun product from Aurora is the Yoo Hoo Friends.  I was sent the 5" small 80's dancer

.  I love this little guy, with it's big eyes.  There is a huge assortment of the Yoo hoos, sure to find one for your little girl or boy.  These are great because girls they think they are cute, but boys will get a kick out of there big eyes and long tails.  They are fun to toss in the air and catch :)

If you are looking for stuffed animals for Christmas this year, I highly recommed Aurora.  The quality is amazing, and the prices are fair.  With there huge line, you are sure to find something.  Plus they are sold both online and off.  You can check out their full line at their website, Aurora.  You can also connect with Aurora on facebook and Yoo hoo friends on twitter.

You can also buy many of the Aurora line on Amazon

I'm saving these cuties for stocking stuffers for each of my daughters.  I will post pictures after Christmas.

* Aurora sent me Milly Ballerina and 80's Flash Dancer Yoo Hoo for review purposes.  I was not compensated in any way for my review.  Amazon links are affiliate links. *
Like this post ~ 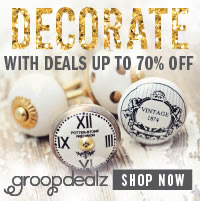